This tutorial series builds from one stage to the next. If you haven’t read part one (host group naming) and part two (automated metadata)), I strongly suggest you start there.

We’re aiming for a situation whereby the process groups (PGs) & services are prepended with the host group tag. That is, the staging processes are split (and visually shown) as separate from the production PGs and services. This makes it easy to see which service belongs to which environment.

Note: The naming rules described in this article don’t actually split the groups. The splitting is due to the different host groups. The naming rule is just a visual aid – otherwise you’d have two Apache Web Server httpd process groups & services.

First, we need to install and start Apache on both instances. Add the following tasks at the end of your playbook:

Execute your playbook then check in Dynatrace to see the httpd processes.

Open port 80 inbound to the instances and visit the public IP address for each instance in a browser. Hit refresh a few times per server to generate some load. This ensures the services show in the Dynatrace UI.

Services without traffic are hidden in the Dynatrace UI.

Go to: Settings > Processes and Containers > Process group naming Create a new rule which has the following name format:

Set the Condition to be where the Host group name exists.

Create a new rule which has the following name format:

Set the Condition to be where the Host group name exists. 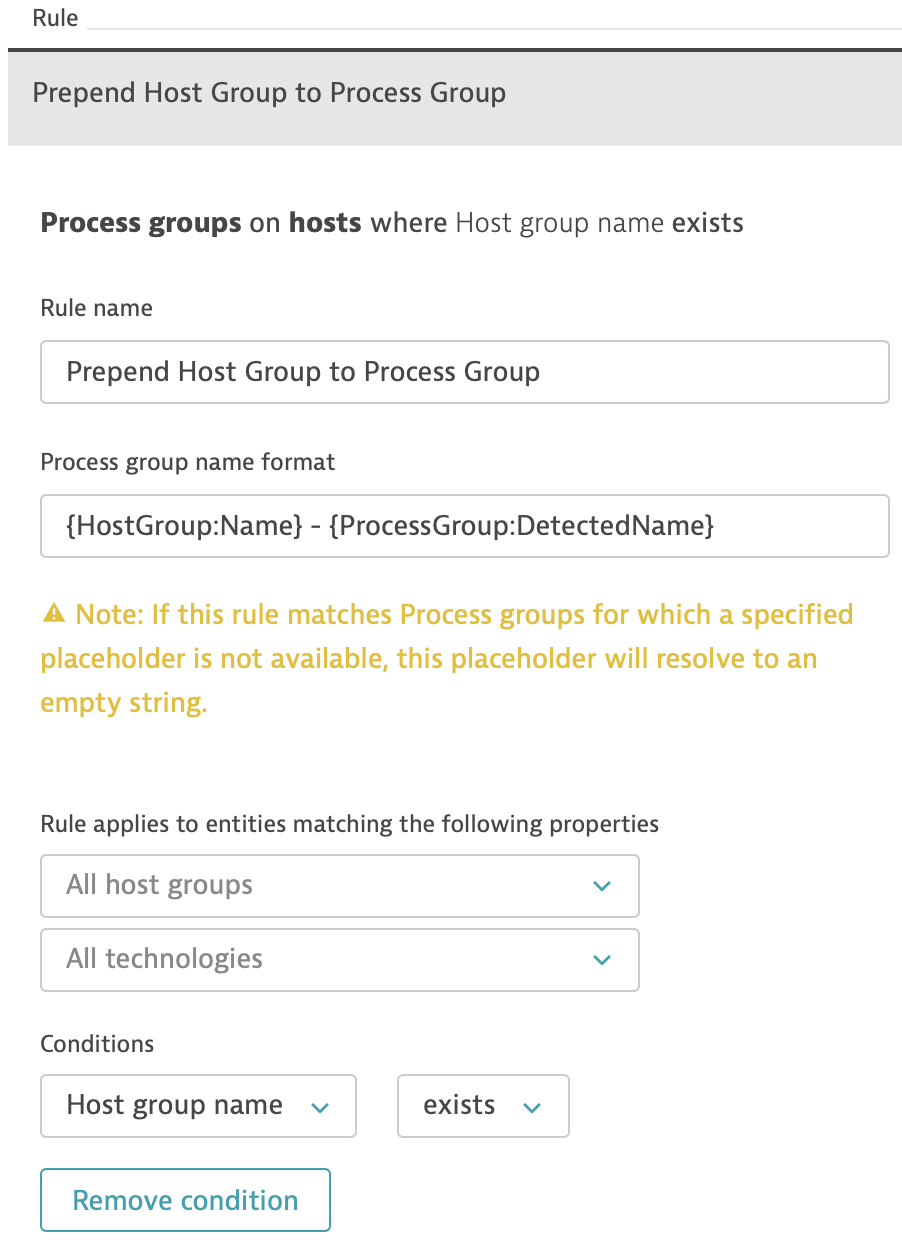 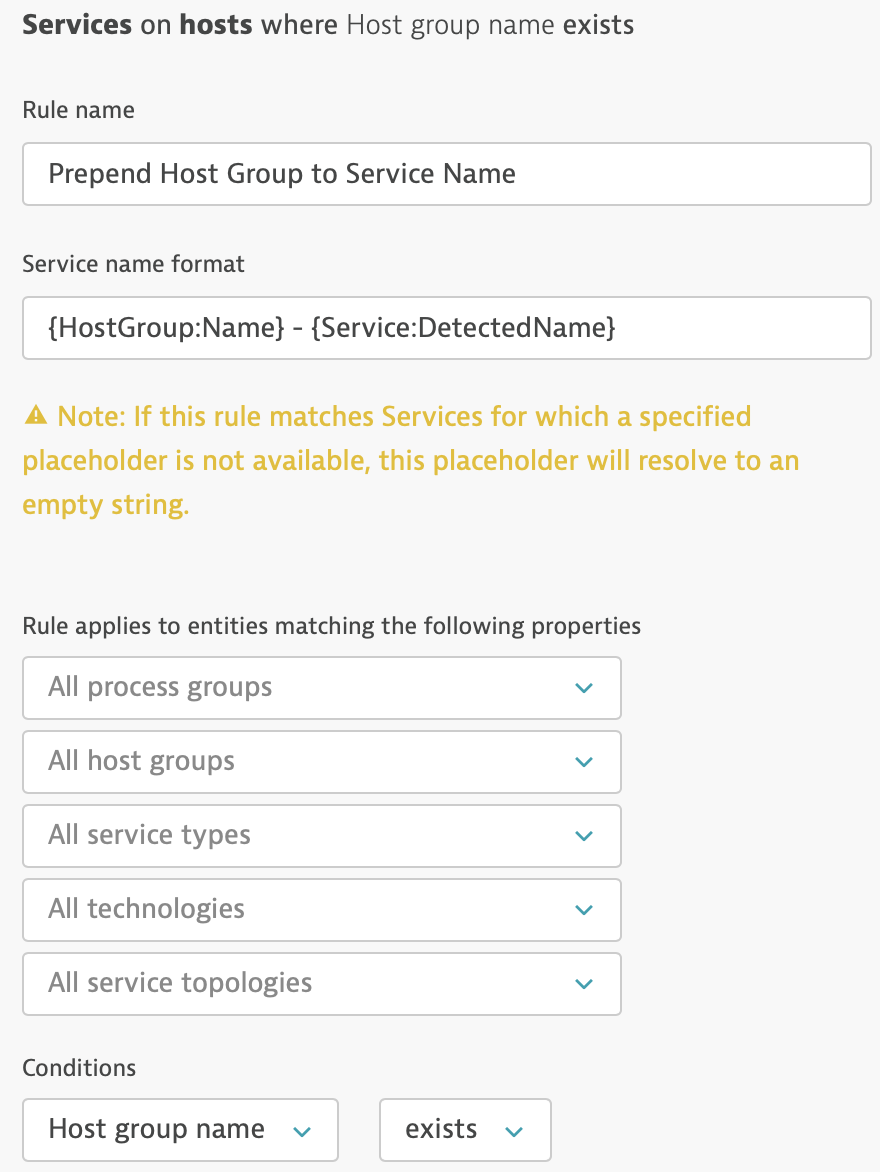 Navigate to the Technologies menu (under ‘Monitor’) and click the Apache tile. You should see two Apache process groups: 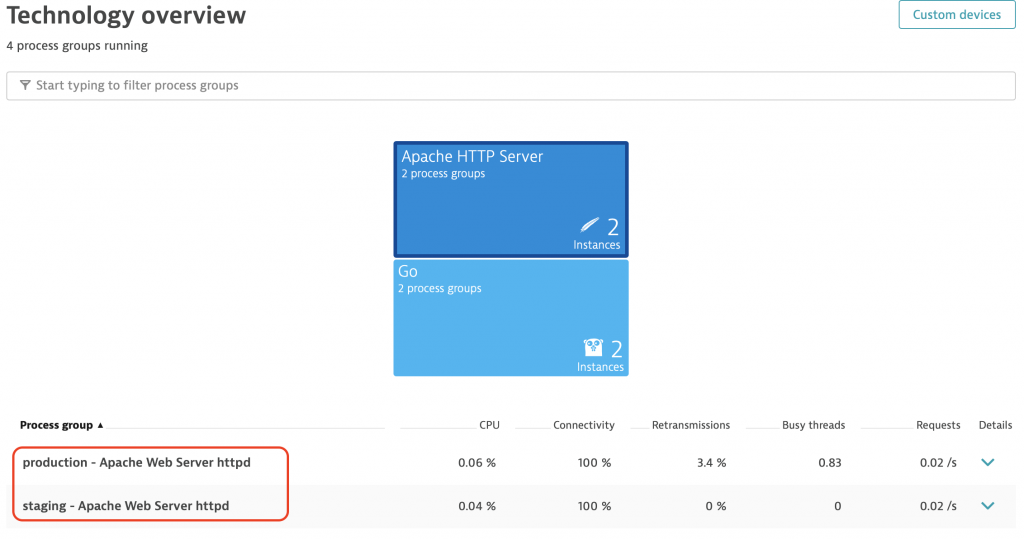 Navigate to the Transactions and Services screen (under ‘Monitor’). You should see two Apache services: 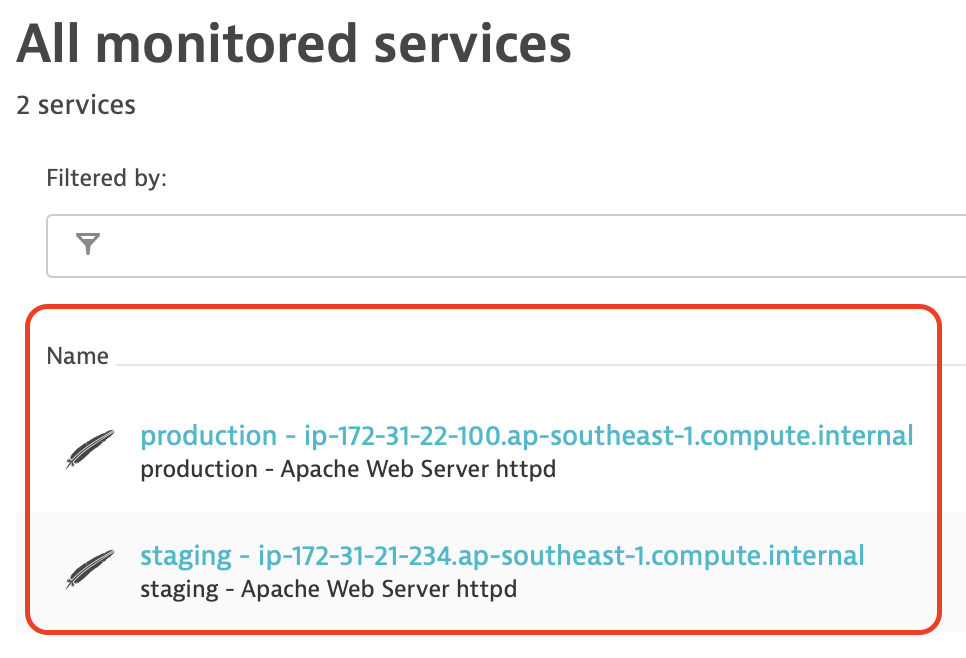 This technique is entirely future proof. Whenever a new environment is onboarded (aka a new host group), Dynatrace will automatically split and rename your process groups and services accordingly.

Let me know by giving a thumbs-up (no login / account required).

Thanks. Your vote has been recorded.